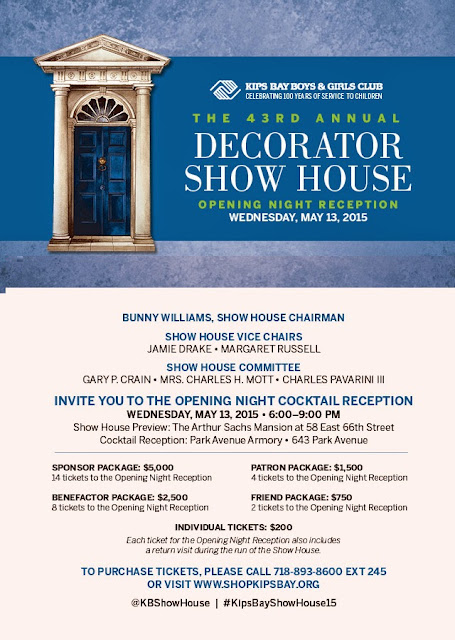 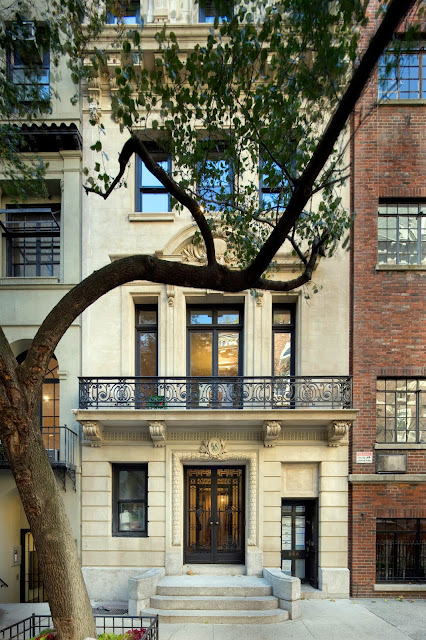 Thursday, May 14, 2015 5:55pm 71 degrees
By now, you know how I love a good party.  Well the fine people at Kips Bay produced a memorable affair that gathered a huge collection of well dressed, sophisticated design enthusiasts.
Welcome to the 2015 Kips Bay Decorator Show House, the nation’s most prestigious annual showcase for interior design. The 22 designers who were selected had eight weeks to complete their rooms. The show house opened Thursday to begin its popular month-long run.
Located in the Lenox Hill neighborhood, the 9,600-square-foot Beaux-Arts-style townhouse was built by architects Buchman & Fox for Arthur Sachs (of investment firm Goldman Sachs).
It’s a good address.
Andy Warhol used to live across the street.
The house has just been totally renovated for resale to reflect the lifestyle of today’s super rich. There are five original fireplaces with breathtaking mantels. The oval staircase is perfect for grand entrances. I found myself going up and down trying to make an entrance at every level, but it was just too crowded at the well attended “first view” soiree.
The rooms were as different as the smells that floated through them—smokey wood, a thickly floral perfume—and as we mingled our way up through the house’s six floors . . . graciously greeted by a gallery of styles on every level (no double entendre intended).
From Drake Design Associates’ mica-spangled burgundy entrance hall crowned by cloud-like ceiling lights to Gail Green Interiors’ powder room clad in vibrant Keith Haring tiles.  This townhouse is a must see for the STYLE aficionado.
How conveniently clever to have the townhouse just a block away from the landmarked ARMORY Building where the festive cocktail party continued.
We spent an hour roaming through the crowded townhouse and then bounced over to the Armory.
Actually this is where you received your refreshments – nothing was served at the Townhouse – it was just for show darhling.
There was an open bar and sinful tray pass hors d’oeuvres (a beef something, along with a veggie somebody and a tuna somehow and delicious chocolate poofy puffs) were being served to more than 2100 attendees. Thank you Kips Bay, Bunny Williams, Jim Druckman, Magrino Agency and 22 wonderfully creative designers, your opening night party was one for the history books. 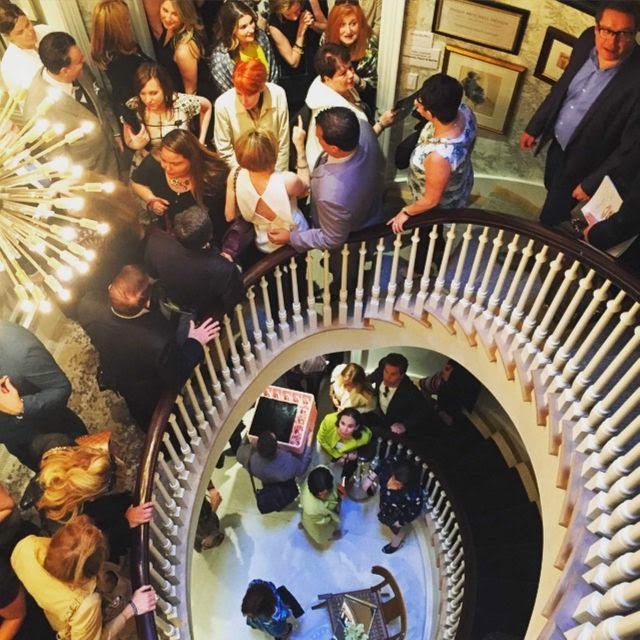 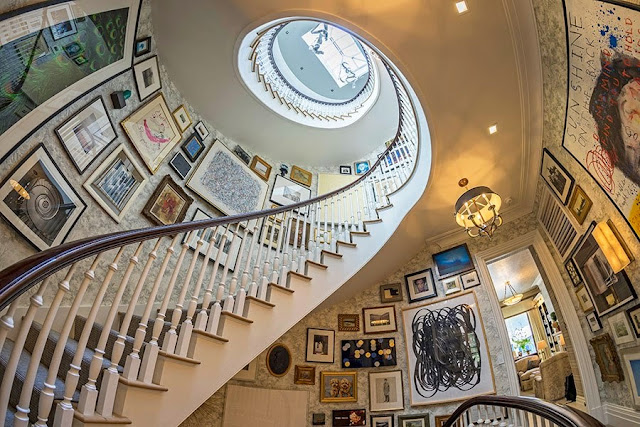 High-drama picture hanging: Toronto based designer Philip Mitchell layered the walls of the elliptical staircase with nearly 300 works of art, both fine and merely decorative, including a Marcel Vertès watercolor advertising Elsa Schiaparelli’s Shocking perfume, a vast painting of rabbits by Hunt Slonem, and a 1928 photograph of German film star Lil Dagover 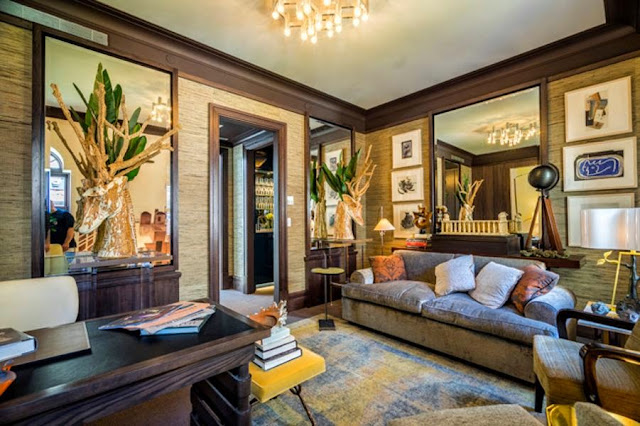 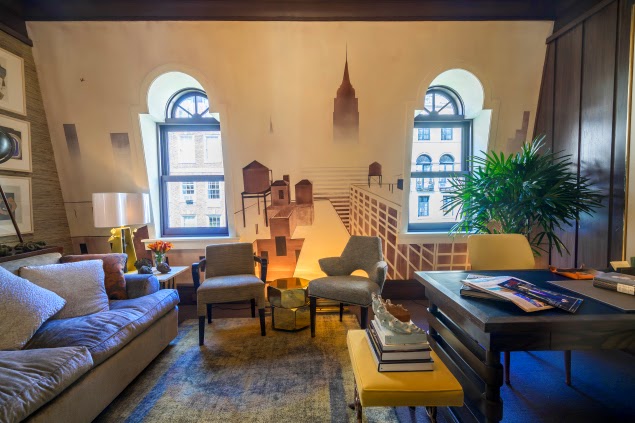 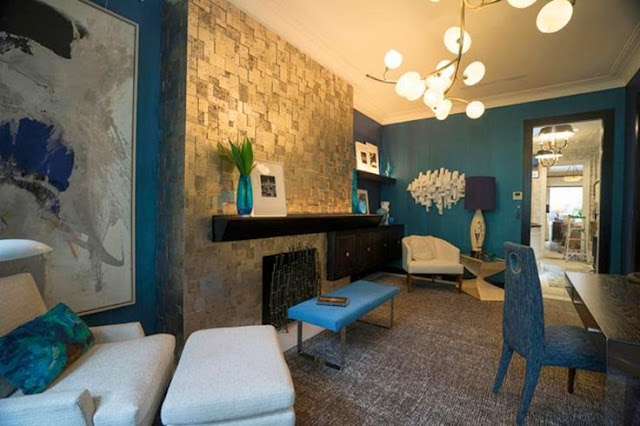 Famed Designer  Charles Pavarini’s “Midnight Manhattan” lounge is the kind of high-drama room that Kips Bay loyalists adore. It has a lighting control system with iPad-based dimming and curtains made of embossed shagreen leather. The walls’ shimmery blue color was based on Pavarini’s own lapis ring. Pavarini says to get the effect he wanted, Farrow & Ball paint was mixed with iridescent blue eye shadow powder. The walls actually change colors – subtly -elegantly – wonderfully. 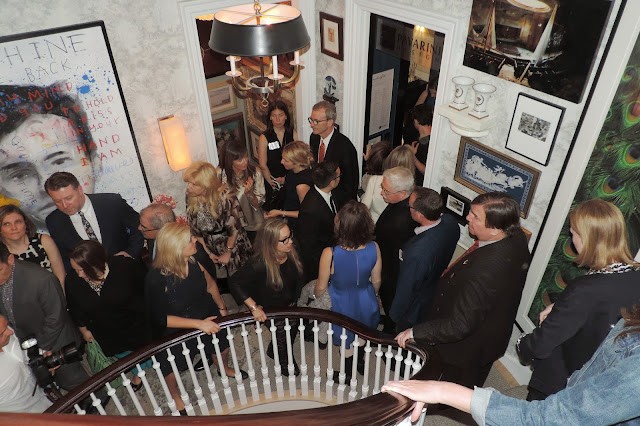 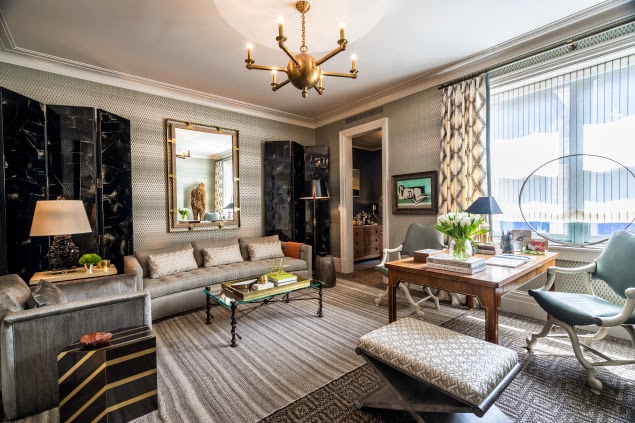 Author/Designer/TV personality Thom Filicia created a space that was subtly sophisticated, elegantly easy and playfully purposeful. He accomplished that and more with this aptly named “Study in Style.”
. 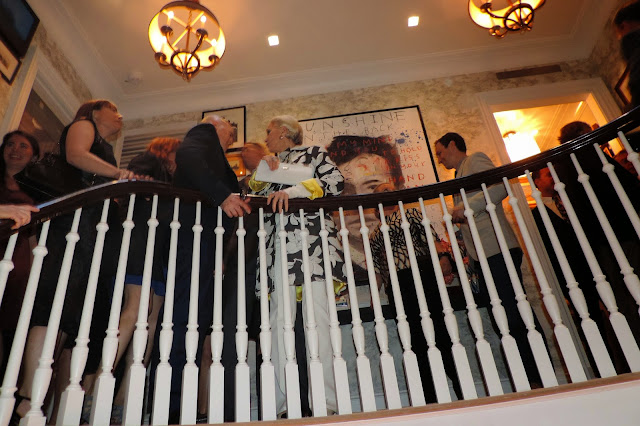 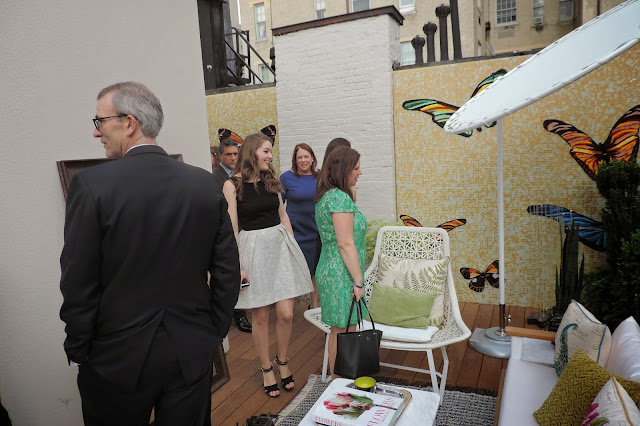 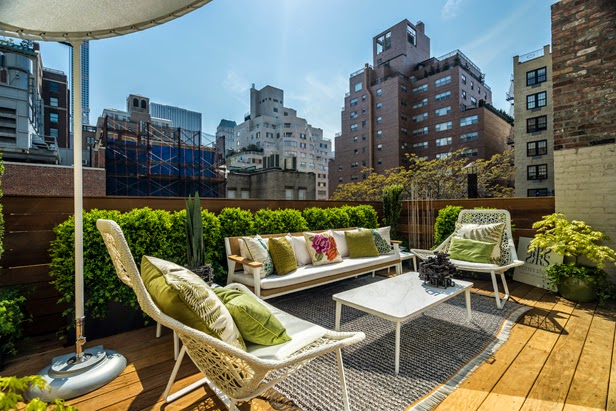