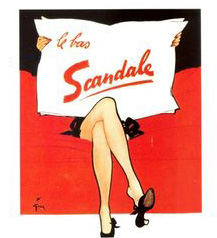 This is the scandalous true story about the video that survived breast cancer.

It was Ally Coulter who was brainstorming with me about the new direction this blog has taken in video presentations.  After admiring one of my interview compilation videos – she suggested I create an Oprah moment and sit down rather than red carpet.
There was an upcoming moment, Iris Dankner’s Holiday House Design Show.  Ally and Iris  orchestrated a nude photography session of breast cancer survivors at the gorgeous Luxury Living – FENDI Casa Madison Avenue showroom.  Each framed photograph was displayed in the LL-FC space at HH (not the scandal).
Our cameras arrived during the glam photo session where security guards and chauffeurs had sealed the premises. Breast cancer survivors Iris, Dee Dee, Cindy, Catherine and Heidi sans clothing and jewelry vogued for famed fashion/portrait photographer Robert Farber. (not the scandal)
Our cameras were behind the scene – I had the opportunity to interview these strong women about their insightful moments and personal journeys. Adorned in cashmere robes or silk kimonos each of the women shared intimate moments and private awakenings.
Our team preserved the tender moments of the video, highlighted the must see portions, designed an easy to follow story line with music to set the tone.  The 5 minute video was edited to loop during the
Holiday House Design Show.

première scandale
At the premiere screening with all the stakeholders, talent and producers the “BCRFHHLLRH” video reviews were positive – it was ready for mass release.  However . . .days later the scrutiny began.
“Mrs. So & So shouldn’t be listed,
please kindly remove her name,” said officielle de l’entreprise (le scandal).
It was a quick fix or shall I say “bye felicia”.
le deuxième scandale.
“The music isn’t happy music – its kind of sad” said one slightly thin, carefully coiffed female interior designer.  I explained “it’s not a happy subject – it’s  for the background”.
scandale numéro trois.
“You know the black and white video isn’t as colorful or flattering, maybe you should have tried sepia” said the handsome, statesman-like interior designer, whose diamond pinky ring has morphed into his little finger.
Naturally, the video production team felt differently. “The black and white video matches the black and white portraits that will be featured in the same room” said the wise and talented video production manager.  “So you’re telling me that
Jennifer Aniston finally married a guy who is in a TV show that uses the same music?” said the accomplished twenty-something, video editor.
This video has been embraced by many and scandalized by a few.
It’s been on and off the shelf more than my favorite bottle of Sancerre Rose.  Here for you in glorious black & white with music by Max Richter is the video “BCRFHHLLRH”.
#BCRF #holidayhousedesignshow #irisdankner #nointroductions #riohamilton #allycoulter #luxurylivingusa #fendicasa #maxencecyrin #gruau #robertfarber