By Rio Hamilton - JUN 10, 2016 FRIDAY
Sunday, June 19th is Father’s Day, the annual holiday where Americans celebrate the men who made them. You may love dear old dad, but how much do you actually know about the observance in his honor? Here are some fun facts about Father’s Day in America.
Father’s Day gained national-event status around 1924 under former President Calvin Coolidge. He said it would “establish more intimate relations between fathers and their children” and “impress upon fathers the full measure of their obligations,” according to the Library of Congress Wise Guide.
The holiday gained traction during World War II, and in 1966 President Lyndon B. Johnson proclaimed the third Sunday of June to be Father’s Day. President Richard Nixon made it a federal holiday six years later.
*There are more than 70.1 million dads in the U.S.
(this does not include Sugar Daddies).
*About a third of them are married with kids under 18.
*Father’s Day is the fourth-biggest day for sending
greeting cards, after Christmas, Valentine’s Day and Mother’s Day.
*Two million fathers are single.
*More than 214,000 men are stay-at-home dads. Julia Glum 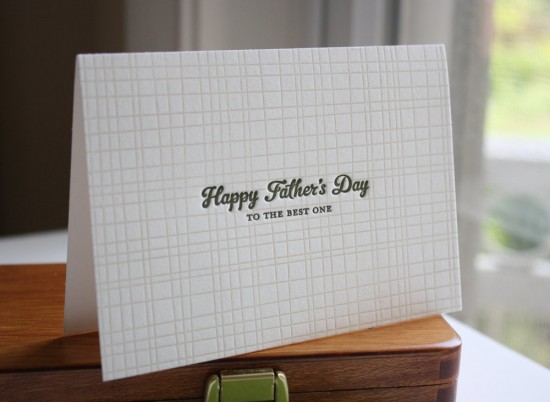 ·       FATHERS DAY FUNNY . . .
Watch the Wash, Dad…
I decided to make myself useful and do a load of the family laundry. When I took the clothes out of the machine, I discovered — to my dismay — that I had also washed the watch my wife had given me while we were dating. “Don’t expect me to replace it,” she said later with an obvious lack of sympathy. By the time Father’s Day rolled around, however, she had relented and gave me a beautiful new watch. Attached was a note with this stipulation:
“DRY-CLEAN ONLY!”
— by Paul Diblasi
PAPA NEEDS A SCENT . . . 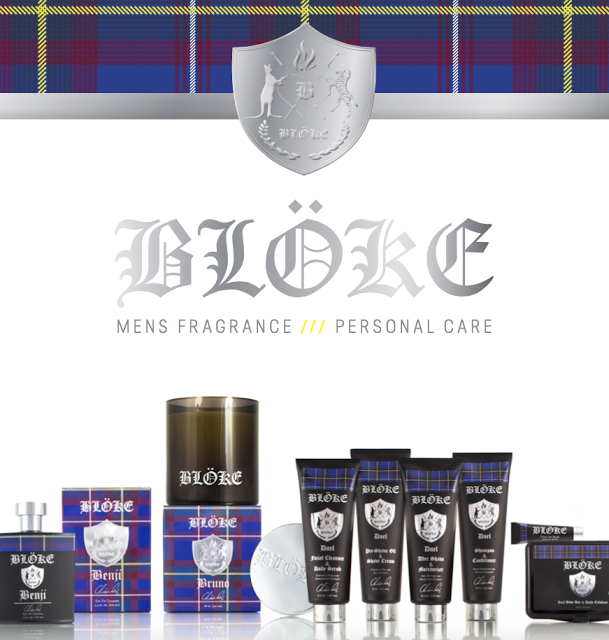 ·
The inspiration for Bloke’s Duel line comes from the invigorating breezes on the Uruguay coast– smooth yet strong, fragrant and potent. Created with base notes of Pear, Basic, Cypress, and Musk, every Duel product incorporates additional extracts that are beneficial to skin and hair; keeping them healthy and looking their best. These 100% natural blends are then infused with a secret, signature fragrance. 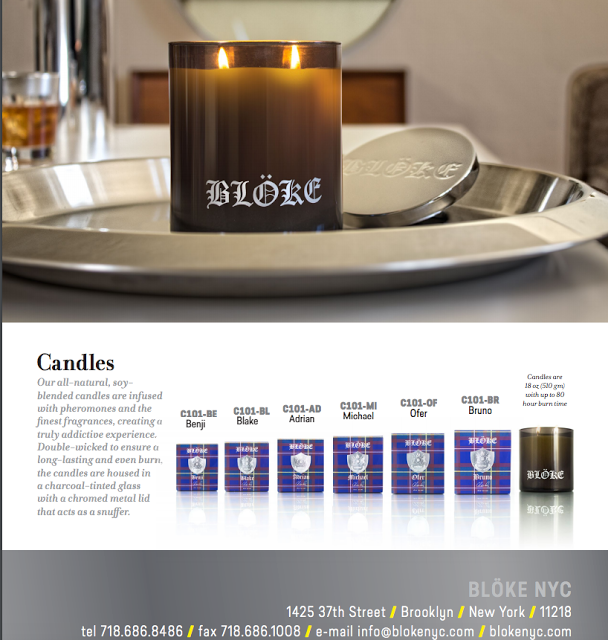 ‘My whole thing was this was to immortalize my family’s name. To get the people who never would have appreciated him to appreciate him, there’s nothing a son could want more.’
O’Shea Jackson 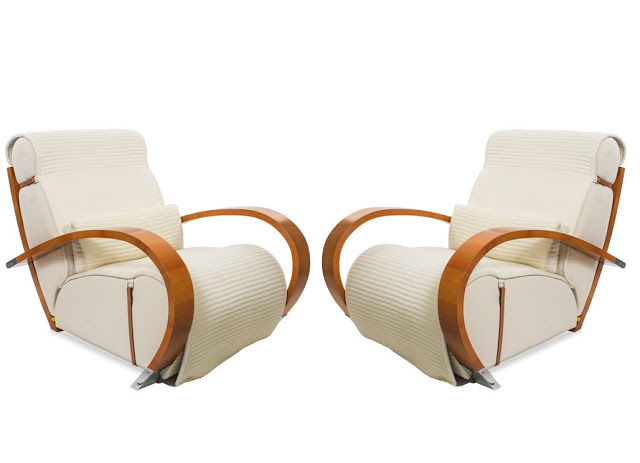 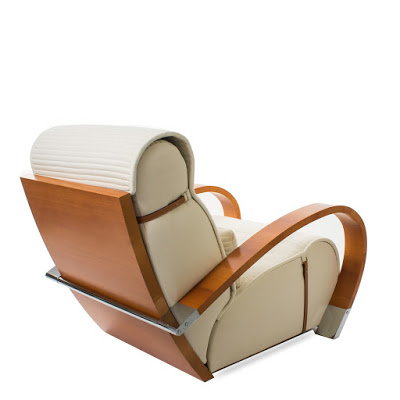 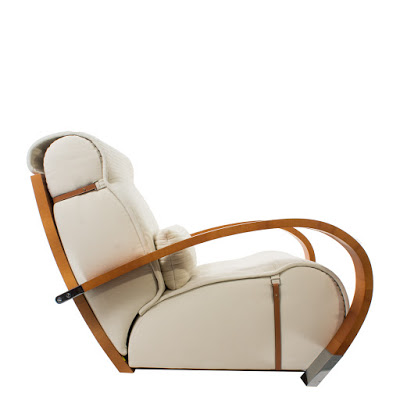 Decor NYC
FATHERS DAY FUNNY. . .
Top 3 Things Dads Never Say…
1. “No son of mine is going to live under this roof without an earring. Now quit your belly-aching and let’s go to the mall.”
2. “Whaddya wanna go and get a job for? I make plenty of money for you to spend.”
3. “What do I want for Father’s Day? Aahh—don’t worry about that. It’s no big deal.” (actually they might say this, but they don’t mean it).
‘Even when my parents were together, they both had to travel and work, and it wasn’t like they had nine-to-five jobs. In that way, it wasn’t a normal family life.’
GM Jagger
Art Nouveau Cabinet
This cabinet was designed and produced by August Ungethüm in Vienna circa 1905. Made in spruce with a rosewood veneer, also with boxwood marquetry, carved ornament, two full drawers, three beveled glass doors with faceted glazing, 2 wood doors with lock/key, mirror on the back panel, marble top, brass sabots, in fine, cared for condition, with minor wear. Priced at $11,500 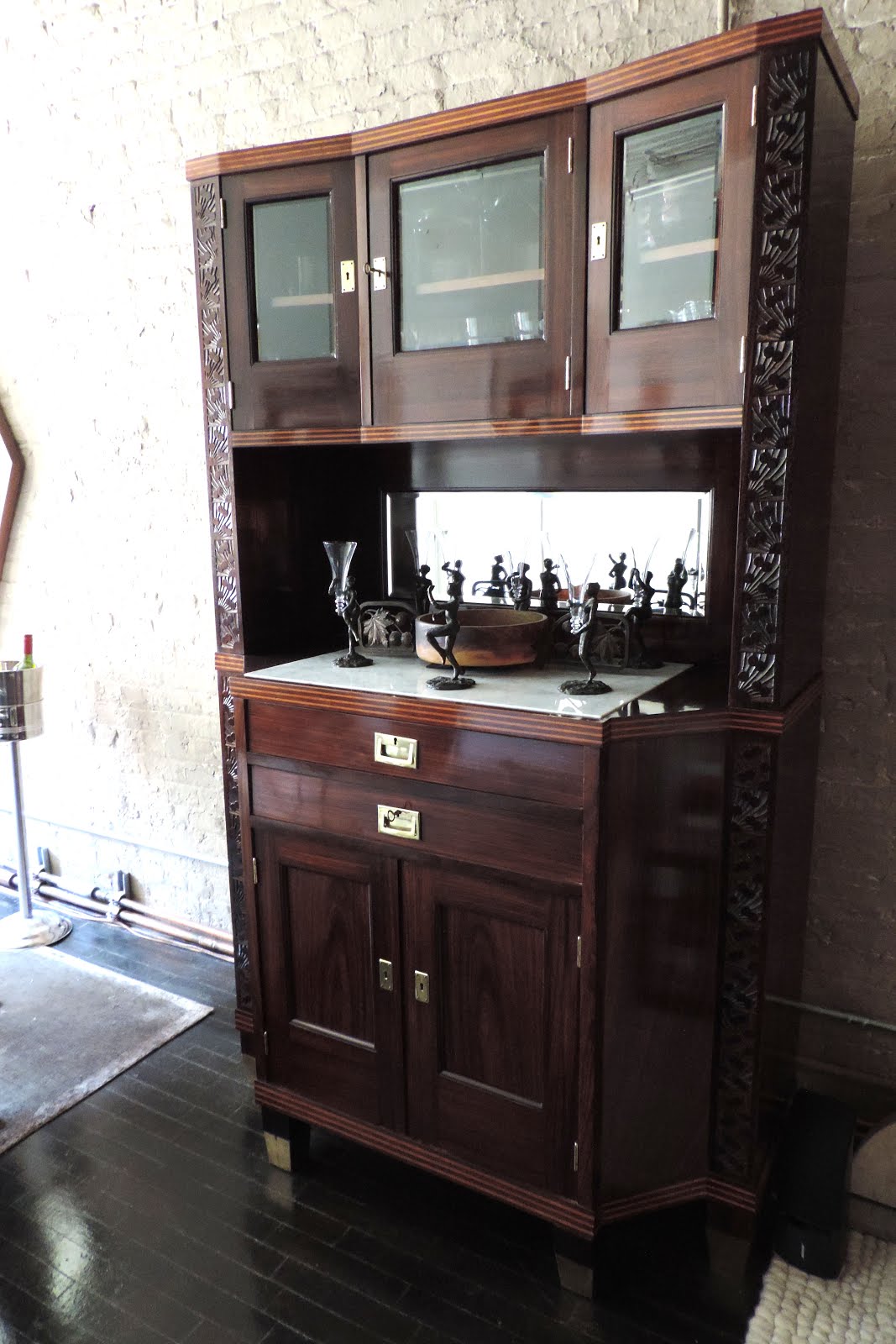 FATHER’S DAY FUNNY . . .
What a Card…
Father’s Day was near when I brought my three-year-old son, Tyler, to the card store. Inside, I showed him the cards for dads and told him to pick one.
When I looked back, Tyler was picking up one card after another, opening them up and quickly shoving them back into slots, every which way. “Tyler, what are you doing?” I asked. “Haven’t you found a nice card for Daddy yet?”
“No,” he replied. “I’m looking for one with money in it.”
— by Terri Cook
DAD WANTS TO ROCK . . .

MR Lounge Chair
A pair of MR Collection lounge chairs  – this style represents some of the earliest steel furniture designs by Mies van der Rohe.
·      The cushion is supported by 9 cowhide belting straps. The frame is seamless tubular stainless steel with a polished finish and designed to rock. The pair are in fine, cared for condition, with minor wear, 2 sets of slipcovers. Priced at $4,500 for the pair.
· 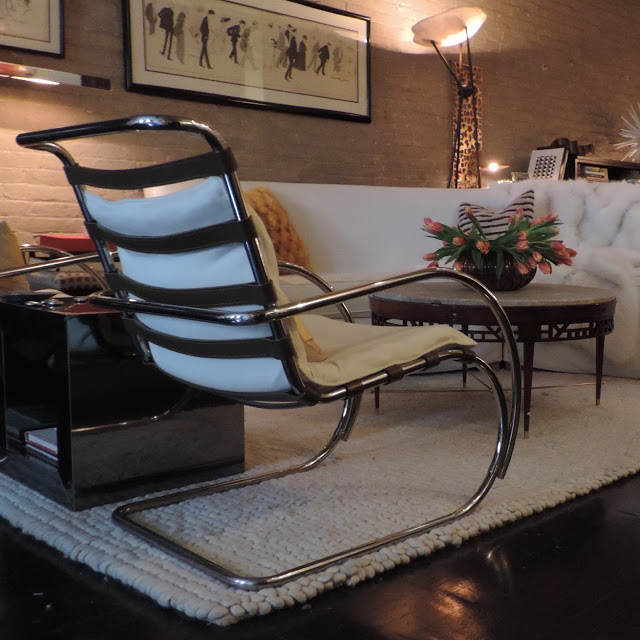 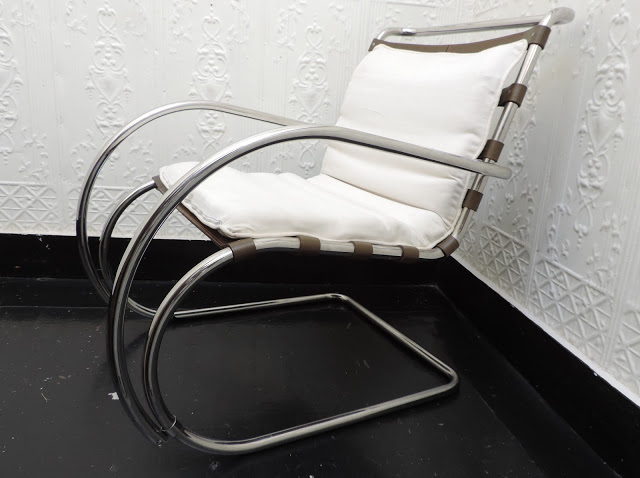 FATHER’S DAY CHARM . . .
No. 1 On Our List (Literary)…
My father was completely lost in the kitchen and never ate unless someone prepared a meal for him. When Mother was ill, however, he volunteered to go to the supermarket for her. She sent him off with a carefully numbered list of seven items.
Dad returned shortly, very proud of himself, and proceeded to unpack the grocery bags. He had one bag of sugar, two dozen eggs, three hams, four boxes of detergent, five boxes of crackers, six eggplants, and seven green peppers.
— by Joan Flood
FATHER LIKES SCULPTURE . . .
Jeremy Silva creates glass sculptures in bold colors and fluid shapes that reflect his Hawaiian origin.  He describes them as “living creatures” and laughingly insists there be no reference to a “vase”.
Glass vessel: 19” L x 15” D x 17” H
Priced at $9,500
FATHER’S DAY FUNNY. . .
Other Things You’ll Rarely Hear a Dad Say:
1. “Well, how ‘bout that? I’m lost! Looks like we’ll have to stop and ask for directions.”
2. “You know kid, now that you’re thirteen, you’ll be ready for un-chaperoned car dates. Won’t that be fun?”
3. “I noticed that all your friends have a certain hostile attitude. I like that.”
PAPA NEEDS TO SLEEP . . . 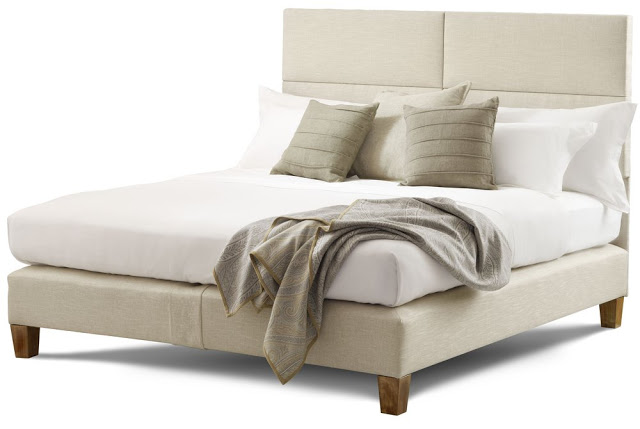 Savoir is widely regarded as the world’s most luxurious sleeping system. First created for The Savoy Hotel in London in 1905, their tailor-made beds have become almost as legendary as the stars who have slept in them.
At Savoir SoHo on Greene Street beds can be made any size or shape, stand alone or sport a bespoke headboard. They build in all your personal requirements so you can enjoy the perfect combination of support, comfort and design. It’s all about s l e e p . . . 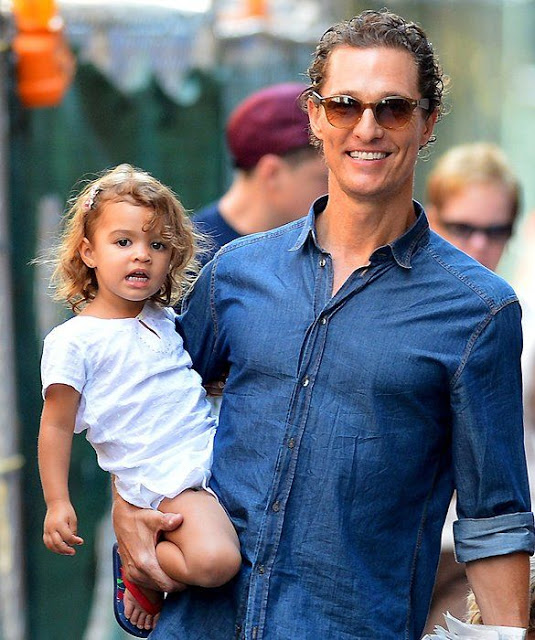 Vida and her Pop – Matthew McConaughey

Rug Art is a leading authority in sophisticated rugs. Their modern designs are created by Sigal Sasson, a trompe-l’oeil and botanical artist who makes beautiful, custom rugs and carpets for residential and commercial use. This new arrival is a perfect gift for the Dad with style, who likes to be barefoot.
Priced at $11,500
“Blue Mood”
6′ x 9′
200-knot
silk pashmina hand knotted Tibetan. 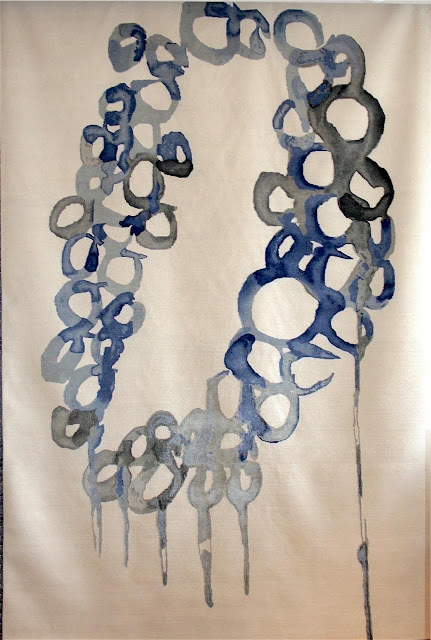 ‘I am the daughter of the Chairman of the Board and thus, was raised with great music.’
Nancy Sinatra

Calvin Klein has new insulated titanium vessels, selling for $400 for the wine cooler, and $250 for both the double old fashioned and the highball. The perfect gift for the father who is a connoisseur of liquor and fine wines.

‘I think I’m lucky having parents that have been in show business for a while and they don’t care about the shiny stuff so much. They raised me in that way – to stay grounded, not to chase the shiny, pretty things’.
Zoe Kravitz
MetropolitanHome, Hardware & Bath features a handsome sink by Stone Forest. This new industrial pedestal draws inspiration from the factory floor.  It’s the perfect gift for the Dad whose man cave bathroom needs a cool update.