We had a chance to catch a few shows and wanted to share . . .

COACH had a makeshift prairie house at the end of the runway and tumbleweed scattered all over the set (it reminded me of my home state New Mexico), it was clear where Stuart Vevers, Creative Director was headed with his country cool inspiration for Fall 2017. There’s been a homespun thread running through the collections this past week and at Coach that comfort felt just right.

The chilly temperatures and persistent winds haven’t stopped New York Fashion Week’s runway shows and parties – nor did it keep the A-list from coming out to support their designer friends.

On the first night of New York Fashion Week, La Perla brought its A game with a strong model lineup led by none other than Naomi Campbell. The supermodel opened the runway show in a lacy blue slip dress, floor-length robe and fuzzy heels.

Meanwhile,  Bella Hadid is strutting at the Prabal Gurung Show.

The Nepal-bred designer, Prabal  Gurung sent a diverse group of models, including Bella Hadid and Candice Huffine, down the runway of his show in black and white T-shirts with slogans like: “The Future Is Female” and “Stay Woke”  in response to Elizabeth Warren being banned from the Senate floor during Jeffrey Sessions‘ attorney general hearing. 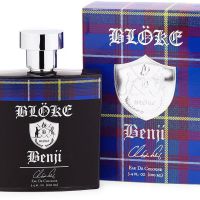